Sam never handed out resumes or bragged about achievements. What I know I’ve pieced together from conversations with him and his students. He was once a captain with American Airlines, was a grad student in the aero/astro department at the Massachusetts Institute of Technology, and started flying in the United States Marine Corps. All this I know for sure. Yet I don’t know if Sam was the name he started life with.

The owner of the flight school told me that Sam flew with students for free — not as an employee but as a buddy. This also meant Sam Sensei didn’t have to fill out government employment paperwork or present a social security number. Sam believed he was a teaching professional in his own employ, making ends meet by accepting occasional gifts of money from his flying friends. He signed off students for FAA exams under a different name, often chuckling that pieces of paper and serious signatures didn’t matter on dark nights and mountainsides.

Sam called himself by a friend’s phrase: “a very old pelican of an aviator”. Short, thin, but still very strong and sure of purpose. On the ground and in the air he was a center of calm. Quiet control. Dark skinned, dark straight hair. Bright light-blue eyes that seemed to look at you from two directions at once. He had suffered disappointments over the years — there was a wife sometime, a child now dead — yet was still clearly in love with life. At the strangest times he would laugh uncontrollably, his mind seeming to bounce like a bright ball in a raging river.

Sam would not talk about his childhood, save once in passing that it was by the sea. He seemed to believe that life worth discussing began on the way to Parris Island, United States Marine Corps Boot Camp. “The Corps flew you in to boot camp, the people who washed out had to take the bus all the way home”. That airline ride into Charleston, South Carolina, was his first flight in an airplane. Off the ground, into the sky, ocean of air. Apart from lighting a fierce desire to learn to fly, he often talked about learning and living the spirit of The Corps. About becoming a warrior and about learning how to learn for the first time. He loved the ideals of The Corps.

However, something happened. He kept studying flight theory and piloting beyond that normal for squadron operations. The USMC that had turned him on to academic study soon lost him to academia. Disillusioned with some people in Uncle Sam’s Misguided Children, he ended up at MIT in Boston, delving into human factors, the man-machine interface, and why 80% of crashes are credited to human error. Although he flew in a variety of experimental aircraft, he missed flying every week. He served out his time and then he joined American Airlines.

Sam got to sit in all three seats of the B-727, and did a little instructing as an airline check airman. He loved flying the classic tri-motor, what he called his ‘Jurassic Jet’. On the line he flew more often, in more weather, and with more people than ever before. He talked of meeting writer Ernest K Gann at the AA Flight Academy in Ft. Worth, Texas. Ernie had long left American for a start-up airline (it failed), but sometimes hung around the AA Ft. Worth schoolhouse chatting with pilots and bumming some time in the old simulators.

Sam tired of American Airlines aggressive corporate culture, so like Ernie he left early. He told me with a smile that, “I went to the sky because I wished to live deliberately, to front only the essential facts of life, and see if I could not learn what it had to teach, and not, when I come to die, discover that I had not lived”. He moved to the high desert, soaring in sleek gliders and flying in old Piper Cubs, studying the martial arts, reading about ancient Greece, and sitting zazen meditation. He was reaching back to his time in the Corps, integrating sports psychology with flight training using his scientific experience, slowly developing his way of inner airmanship. He shared with me several times the distinction that most people studied accidents and errors, while he spent time watching, talking and flying with expert aviators. Rather than the sad psychology of errors, he immersed himself in the many powerful cultures of excellence. 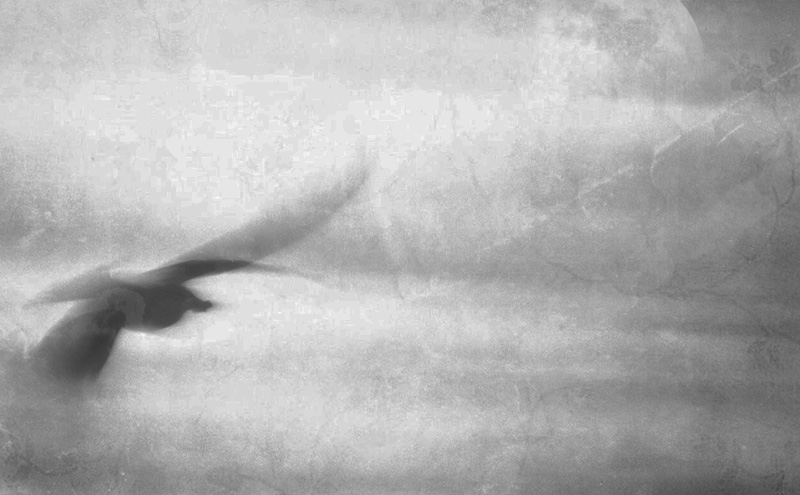 Sam worked on perfecting his flying Bushido for years, soloing students and working as a sometime consultant with airline training centers. Although reticent to talk about himself, he would at every opportunity show us how to fly with the brightness and straightness of a laser. Sometimes, if I arrived early, in the trees behind the flight school, I saw him slowly going through the solo motions of Tai Chi. Sometimes I saw him laying on his back looking at the clouds. Most of all I remember his huge grin when watching the perfect landing of a student. “Judging a pilot by the landing is like judging a heart surgeon by the stitches in the chest”, he'd say. Then, after a pause, with blue eyes joining the happy smile, “I’d still like good stitches”.

A couple of people have written me and implied that Sam Sensei is not real. If you feel the same way, maybe you don’t know enough about the magic and wonder of flight. Do you believe that the low-altitude speed record — an incredible 988 mph! — is held by a guy flying a homebuilt F-104? Do you believe that the test pilot for the supersonic Avro Arrow never even held a pilot’s license? (He said the only purpose of a license was to give the higher-ups something to take away.) Do you believe that for eight years in the 1970’s, an engineering professor at a small University in Cincinnati had flown to the Moon? Do you believe that a seagull named Jonathan taught millions to fly? And on the subject of birds, do you understand the powers little birds use to navigate continents, oceans, and winds aloft to migrate thousands of miles every year? Sam is as real as anything you will ever know.

Many of his ideas still remain out of my reach. Despite my degree in physics, I never came close to understanding his notes that linked living right now with the real elimination of time. He told me that Ernst Mach — who gave us the physics of Mach Speed and the perceptual illusion of Mach Bands — said that, “it is utterly beyond our power to measure things in time. Quite the contrary, time is an abstraction, at which we arrive by means of the change of things”.

Sam also often talked of Julian Barbour, an Englishman who after completing his physics doctorate in 1968 did not want to teach undergrads or play university politics. So he earned money as an English/Russian translator while doing theoretical physics on his own time. He published a theory that Sam believed proved that time literally stands still (Barbour, 1994). Each moment of flight is real, but exists only for that moment. This is well beyond the well-known tachypsychia, the neurological condition that affects our sense of time when physically working hard or during a traumatic event. That slow-motion time is temporary, a sudden shot of dopamine and norepinephine. Sam would quote Taisen Deshimaru saying time is not a line, but a series of now-points. Sam split the illusion of time passage with mathematics and angle of attack and meditation. Said if time stood still, then he would fly forever, an immortal Yu-ren or feather man. He may also be in the extra dimension of time that has been explored by USC physicist Itzhak Bars. Maybe others will take this further, but I’ll not mention it again as I never understood it in relation to being a pilot.

Concorde flew faster than the Earth rotated beneath it.

Sam also believed that being in the zone could be explained in terms of metamotivational states and reversals. He talked of zone states like optimal relaxing telic (from the Greek telos, meaning goal or end) and exciting paratelic (Greek para meaning beside or alongside). However I never made sense of my notes on these explanations.

Turn around a point.

I have concentrated on just the piloting skills of Sam’s teaching, rather than any broader aspects of my observations or interactions. He had a simple direct way of living, but the non-flying aspects have been much better covered by other writers and are probably beyond me.

When I was looking for a second opinion on Sam, another one of his students wrote me that he was, “a man of immense personal dignity, a short, energetic fellow with a strong, friendly voice, a sense of humor, a zest for living, an eye for minutiae”. That sounds all about right.

I don’t know much else about Sam. If that even is his real name. But I do know that I love the view of the clouds from his shoulders.

When a student is ready the instructor will appear.

We imitate our masters only because we are not yet masters ourselves, and only because in doing so we learn the truth about what cannot be imitated.

The great end of education is to discipline rather than to furnish the mind; to train the mind to use its own powers, rather than fill it with the ideas of others.

Do not believe anything on the mere authority of teachers or priests. Accept as true and as the guide to your life only that which accords with your own reason and experience, after thorough investigation. Accept only that which contributes to the well-being of yourself and others.

The object of education is to prepare the student to educate themselves throughout their lives.

You cannot teach a man anything; you can only help him to find it within himself.

I cannot teach you, only help to explore yourself. Nothing more.

Accumulate learning by study, understand what you learn by questioning.

Rules are for the obedience of fools and the guidance of wise men.

As I grow older, I pay less attention to what men say, I just watch what they do.

A teacher is one who makes himself progressively unnecessary.

The true guru knows you need nothing, not even him.

Do not seek to follow in the footsteps of the men of old; seek what they sought.

I’m not a teacher: only a fellow-traveler of whom you asked the way. I pointed ahead — ahead of myself as well as you.

That was the discourse you asked for. Zen masters in their temples teach it in their own way; that has nothing to do with me. I am a fencer and I teach it through fencing. You have had the explanation and that is all I have to give to you.